I can’t believe I have already come to this point! It’s the end of the term now and it’s the time to show what my project is going to be all about! Let me show you why this project needs to be passed for next term and how it is possible to be filmed! 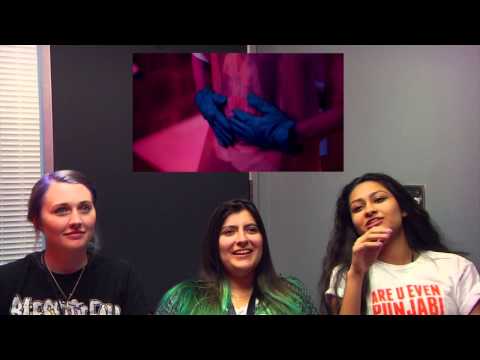 Yesterday, on June 30, I managed to interview with Allysse. Since she’s from Antioch, we met at Concord. The interview was actually wonderful. She turned out to be a very open-minded person, who’s very understanding of different cultures. She’s been a fan of K-pop since 2006. However, it was in 2012 when K-pop became a bigger part of her life. She competed at a Korean Festival for K-pop covers and she won best vocal. She was offered a trip to Korea and stayed in Gangnam for a while. She will actually participate in the preliminary competition of K-Pop World Festival 2015. It will take place at Music Concourse in the Golden Gate Park of San Francisco on July 11th. If she wins, she can go perform in Korea, being one of the twelve teams that do perform. On top of that, the winner will win a round-trip to Korea. The winner could also meet K-pop stars in person! That’s exciting, isn’t it?

Now, she has signed with afreecatv, a broadcast station in Korea, to work on online streaming. She even has a YouTube channel where she covers different aspects of Korean culture: the music, the fashion, and the language.

Here’s a short 5 minute excerpt from the interview:

Here is a short excerpt of the interview and a list of questions I asked.

This is the final draft of my infographic! It’s gotten more colorful and organized, right?

Even though Asia has billions of more people, America has twice as many fan clubs as Asia.

What shocked me the most is the information I gathered for the pie chart. Even though Asia has billions of more people, America has twice as many fan clubs as Asia. I do also have to consider the fact that each fan club has different amount of fans. Some may have a few members and others much larger. It may be easier for more fans to gather all in certain clubs because they already built this close-knit online community for years.

In addition to the infographic from above, I made two additional. They are K-pop World Maps. They tell approximately how many fans were in each continent as of 2013.

The stats are from Yonhap News and The Korea Times.

I asked MRJKPOP if I can interview him and he said YES! The problem though is that he’s all the way in Michigan. But don’t worry since we have technology. I sent him this list of interview questions below, and he will answer by sending a video of him answering. The list of questions turned out WAY longer than I thought it would.

Music Ideas for My Project

Although I’m not very clear what the story of my project will be as of yet, I can guess what the overall feel of my project would be like. It would definitely be upbeat and energetic. I need to get the audience excited to learn more about K-pop culture. While browsing around the web for some free music, I came across this song called “Rave Digger” made by user FoolBoyMedia. It’s a perfect fit. Even though I’m in my class lab right now, this song makes me want to get up and dance. I can play this song in the background when there’s footage being shown of certain events and people.

Another song that I think would fit my project is this song called “Music Loop Electronic 115 bpm” by orangefreesounds. This song has a rather cute and happy feel to it. This would be perfect for almost anything for the project. Like the first song, it could be played in the background for footage that’s being played. Or it could even be in my intro!

Want to Learn Some Korean?

I think allkpop does a wonderful job of explaining Korean words that isn’t easily translated into English. In fact, I think they did it much better than I would have. The words on this list, though, were more for people who were more familiar with Korean words. If you’re totally new to the Korean language, refer to koreanthroughkpop. They help you learn some Korean through K-pop song lyrics. They breakdown the lyrics to a song and explain to you what they mean. Another option is talktomeinkorean. They also teach Korean in a similar way.

Drafts for My Logo

These are multiple versions of my logo’s first draft:

The paint palette represents my dream career and what I enjoy to do. And the lock in the “S” represents that I’m open to new ideas/concepts to be created. The username itself doesn’t really have an extraordinary meaning. It’s a username my sister made for me when she was helping me make an email around 3rd grade.

I tried making another logo that looked a bit more unique:

There are two orange slices added to the left and a leaf at the bottom. Altogether, this looks like a bird, right? It was intentional 🙂

Images are from these sources: